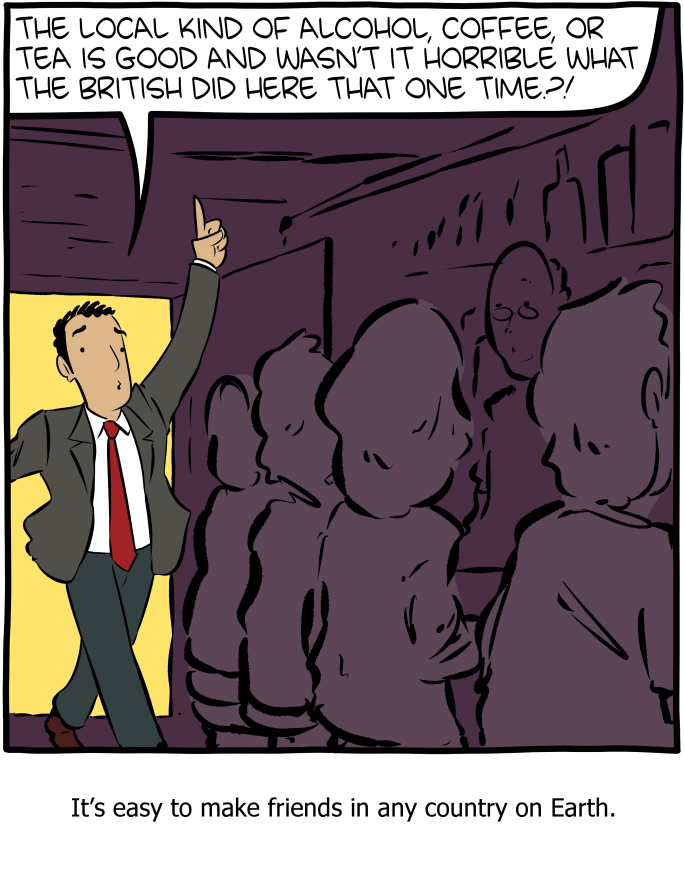 zippy72
reply
And this is why I always carry my Irish passport these days
FourSquare, qv

Piracy info forms a "curated list of arrrrrrrrr!" by Rob Beschizza
Wednesday January 26th, 2022 at 4:48 AM

Awesome Piracy is a comprehensive directory of information, links and resources to sites that report, discuss and even—look away!—encourage acts of software piracy. Igglybuff and 100 or so others:

Over the past couple of years, I've accumulated bookmarks, saved Reddit posts, and GitHub stars all related to piracy in some form or another.

This pianist at a Disney part rips through songs at ultra-high speed, seemingly without effort.

The Strange Case of the Tom Ripley of Book Publishing by Thom Dunn
Saturday January 22nd, 2022 at 8:21 AM

I've heard whispers about the "Spine Collector," as he's come to be known, for years now. The New York Times published a story about it last December; Vulture did a long-form feature on it in August 2021 that is one of the most compulsively gripping long-read investigations of absurdly meaningless true crime journalism I've read in a while (though the ending is, admittedly, not very satisfying). — Read the rest

Jimmy Carter warns that Americans are close to "losing our precious democracy" by Carla Sinclair
Saturday January 22nd, 2022 at 6:01 AM

It's been one year since a whipped-up mob, reacting to the relentless drumbeat of Trump's Big Lie, broke into the Capitol and threatened US democracy by attempting to prevent a peaceful transfer of power.

And since that time, these blind, rabid followers of Trump have put the United States at "genuine risk of civil conflict and losing our precious democracy," says former President Jimmy Carter in his New York Times op-ed, "I Fear for Our Democracy." — Read the rest

Yale history professor Timothy Snyder predicts the horrific aftermath of a Trump coup in 2024 by Mark Frauenfelder
Saturday January 22nd, 2022 at 4:41 AM

If Trump runs in 2024, he will lose the popular vote. If corrupt GOP state legislators install Trump as President, the United States will quickly and catastrophically cease to exist. That's what Yale history professor Timothy Snyder says in the latest issue of his "Thinking About" newsletter. — Read the rest